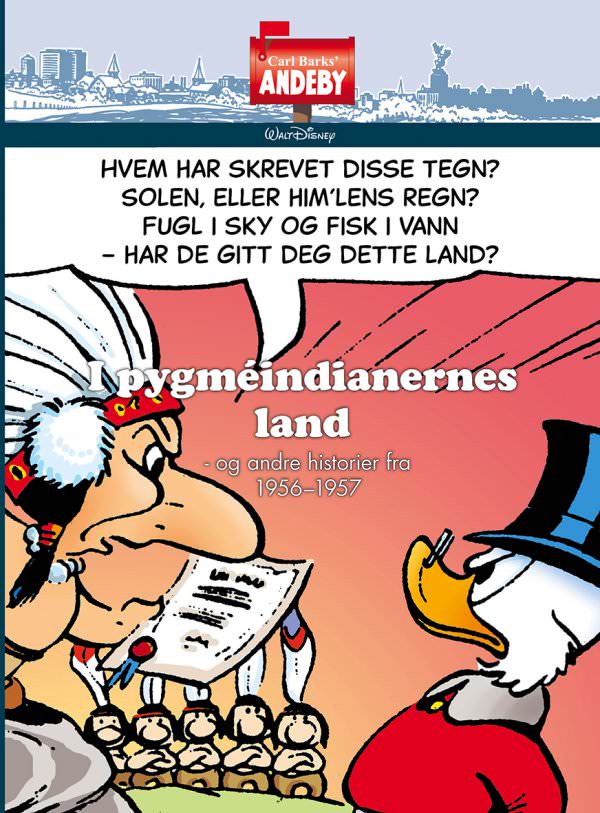 Screws and nephews will go away from Andeby's alarm, and think they come to uninhabited land on the border with Canada. But there live small Indians in covenant and in law with nature, and they speak in a verse known from Longfellows epic poems about the noble Indian Hiawatha, so they are not to blow off.

Small things often have big consequences in Andeby. When the hissful cucumber bill threatens the production of pickled cucumbers, some must take action. At the Billological Department of the State Plant Protection Institute, subject to the Insectographic Bureau, they decide to send Donald to the Amazon to catch gnawseedps that can break the beast. It is the record of a meeting with a stock of survived dinosaurs in the Forbidden Valley.